GPS company Garmin has announced the Edge 1000 cycling GPS unit, featuring new technologies to appease cyclists with deeper pockets. The device has a full-color 3" touchscreen providing 240x400 resolution, and a reported battery life up to 15 hours. 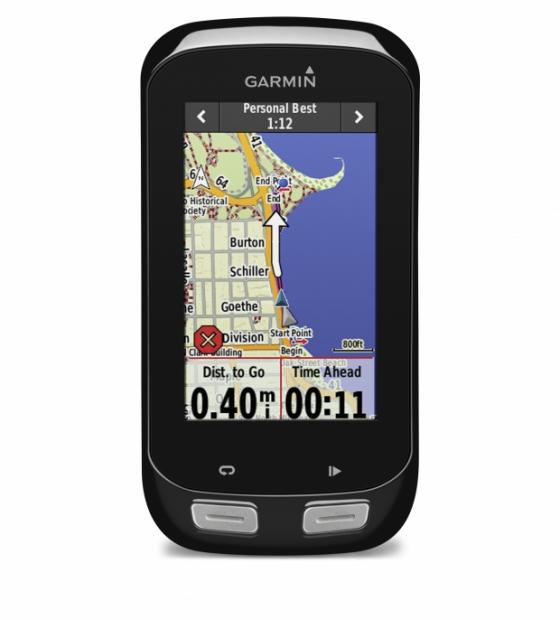 Although running GPS units from Garmin have greatly advanced, some in the cycling industry think enough wasn't being done to promote new bike-centric GPS units. However, Garmin pulled out all of the stops with the Edge 1000, including built-in Wi-Fi so map data can be downloaded faster - and GPS-based turn-by-turn directions while out in the saddle.

Cyclists can also use ANT+ sensors to connect the Edge 1000 to a heart rate monitor, power meters, or cadence sensors, Garmin said in the press release.

"The Edge 1000 combines the essential legacy features cyclists love from the Edge Touring and Edge 810, with exciting new features including a high-resolution color touchscreen display, advanced smartphone connectivity, and challenging segment features that will take cyclists of any ability's training to the next level," said Dan Bartel, Garmin VP of sales.