Today Thecus announced the expansion of its SMB and Enterprise NAS line with the unveiling of two new NAS solutions that feature 10Gb Ethernet. The new N7710 and N8810U are identical to Thecus' N7710-G and N8810U-G models except for the 10GbE support featured on the new devices. Both of the new NAS devices boast VMware ESXi V5.5 iSCSI certification, and come bundled with Acronis True Image and McAfee Antivirus. 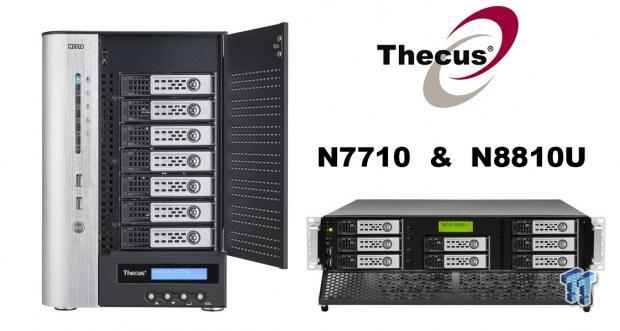