Many modern aircraft that are fielded by militaries from around the world have stealth attributes that make them harder to see on radar. The Navy is also working on stealth ships that are harder to be seen on radar as well. One thing we haven't seen too much of so far are land vehicles with stealth attributes. 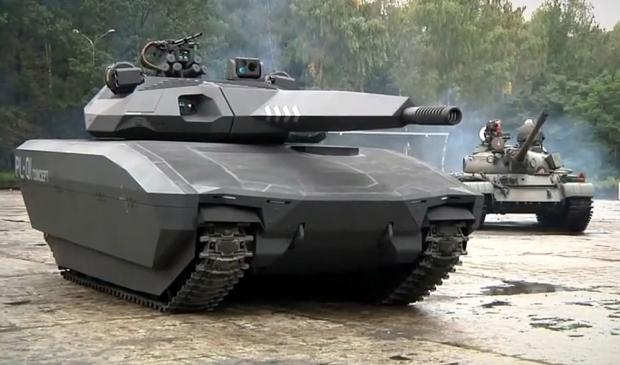 Poland is changing that with an awesome new tank concept called the PL-01. The tank has some very cool tech that is already possible and some concept tech that will be coming in the not so distant future. The tech that is available now is designed to help the tank reduce its infrared signature. This is done to confuse the tracking systems of weapons used against tanks on the battlefield.

The way the tank does this is with temperature controlled wafers on the outside of the tank near the armor that can match the infrared output of the surrounding terrain. To confuse the enemy even more, the wafer system can allow the tank to mimic the look of a car or other object when viewed in infrared.

The tank has a large auto-loading cannon and a turret that is unmanned. The turret is interchangeable allowing different missions with one vehicle base. The angles on the tank are designed to reduce its radar signature and it is covered with a radar absorbent coating. In the future, the tank will use a system that has cameras and some sort of displays on the outside. That camera will be able to project what is on the opposite side of the tank on the displays on the tanks surface to help it disappear from visual detection like Predator. A working concept is expected in 2016.