Xbox One and Xbox 360 gamers have some new apps to keep them occupied between gaming sessions. Microsoft has announced the launch of some new apps for both consoles this week. Gamers on the Xbox 360 will get access to the Major League Gaming app. 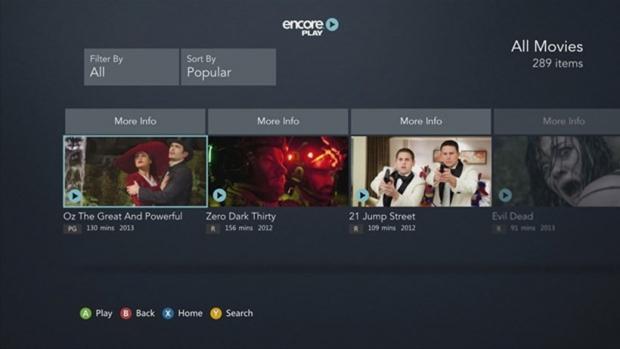 The app will allow you to watch live gaming tournaments and other content. Xbox One gamers also get access to the MLB.TV app that brings live Major League Baseball games to the console. The app requires Xbox Live Gold and a MLB.TV Premium subscription to watch the games.

Xbox 360 gamers also get access to some more movie streaming apps with the launch of Encore Play and Moviplex Play. The apps both require that you have a subscription to the networks on a participating cable or satellite provider.

Another movie streaming app is coming to the Xbox One in the future. The Epic app is in the works for the new Microsoft console. Time Warner Cable subscribers are also added to the Epix app list of qualified users on the Xbox 360.