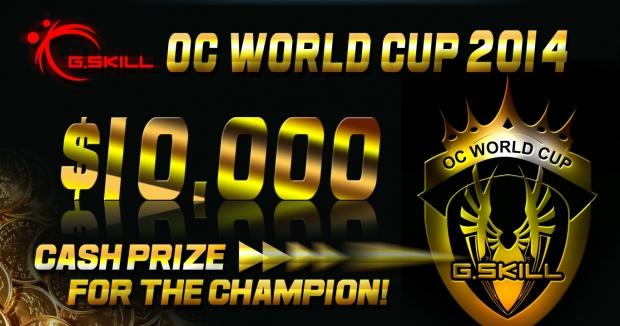 To qualify for the event, online qualifiers will be held at HWBOT between March 24th and and April 27th which will include 3 Benchmarks including highest memory frequency, SuperPi 32M, and 3DMark Fire Strike. This will determine the top six online qualifiers to compete in the live finals at Computex 2014. "OC World Cup 2014 will be a great opportunity for extreme overclockers to showcase their skills to the world and a chance to take home the largest single cash prize in OC history, so overclockers better step up their game for a shot to win USD $10,000!" commented by Frank Hung - Product Marketing at G.SKILL