While rumors of DirectX 12 have been circling for over a year now, no one knew exactly when it would debut into the public's eye, but today the new Graphics API has been all but confirmed buy a new Twitter account and webpage that has popped up onto the internet. While no official word from Microsoft has been released, the Twitter account did say that "Rumors of our demise have been greatly exaggerated... #DirectX12 is coming to #GDC." Which means that AMD's Mantle will have a very giant competitor to deal with at GDC 2014. 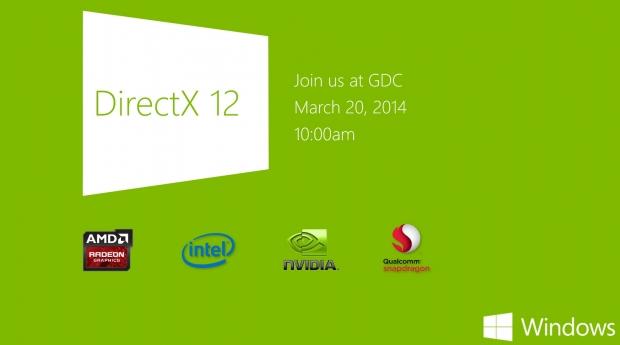 The website appears to be legit as well since it is hosted on Microsoft's MSDN blog site and includes heavy hitting graphics companies like AMD, Intel, NVIDIA, and Qualcomm. The latter suggest that DirectX 12 has been developed for mobile devices too and there is a big chance that we could see it arrive on the next Windows Phone 8.1 update that is slated for April. If the website is correct then DirectX 12 will make its debut at 10AM on March 20th at the 2014 Game Developers Conference in San Francisco.