If you are a user of Windows 8.1 on a computer that lacks a touchscreen, you may be very frustrated at the user experience that the OS has offered so far. One of the things that Microsoft has promised to address with the first update for Windows 8.1 is making it easier for people not on touch PCs. 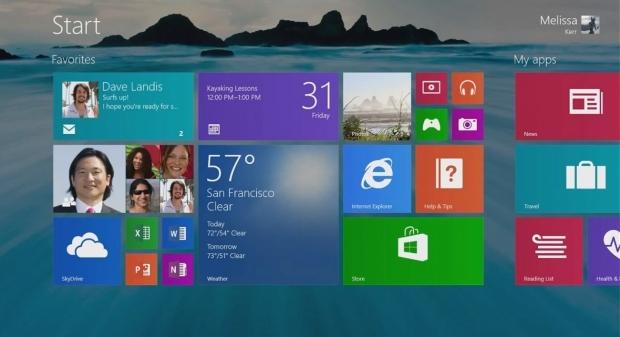 We mentioned last week that rumors pegged the launch of the update for Windows 8.1 to happen on April 8. That also happens to be the same day that Windows XP reaches the end of support date. Word has surfaced from sources who claim to be familiar with the goings on at Microsoft that the update has reached Release to Manufacturing or RTM.

That is a significant milestone for software and means that the update is officially ready to ship. The source also claims that Update 1 for Windows 8.1 has also been shared with PC makers and partners. The final update is said to have been compiled on February 21.

It's unclear how exactly the update will be branded at this time. It is expected to be called the "spring" update. The update will add in a search button and make the OS easier to use for mouse and keyboard users.