Today Sapphire unveiled two new GPUs that fill the gap between its R9 270 and R9 290 models of discrete GPUS. The new R9 280 is based on AMD's GCN architecture and features the company's Dual-X cooler. The Dual-X cooling solution featured twin aerofoil fans and graduated heat pipes to ensure cooling of the GPU is efficient and quiet as possible. 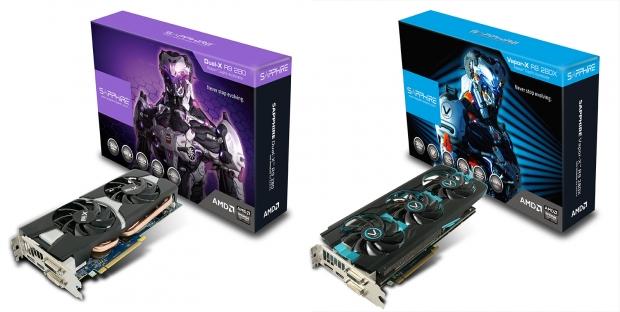 The R9 280 also features 3GB of GDDR5 clocked to 1250MHz and a GCN core that features 1792 stream processors. The core is clocked to 850MHz and can reach a clock speed of 940MHz when boost is enabled. Support for DirectX 2 and AMD's mantle is also on board with the card being able to push 4K video to displays using HDMI 1.4a or DisplayPort v1.2. Sapphire also released a new version of its successful R9 280x that features the company's exclusive Vapor-X cooling Solution. The new R9 280x features an enhanced GCN core, with 2048 stream processors, and a 1GHz core clock.