When Samsung first introduced its $250 Chromebook, there were some who thought it would never make it to revision 2, but despite the naysayers, the Chromebook was a major success. Today the Samsung is once again banking on the success of a cheap, but high quality internet only device and has unveiled its all new Chromebook 2 in both 11.6-inch and 13.3-inch form factors. 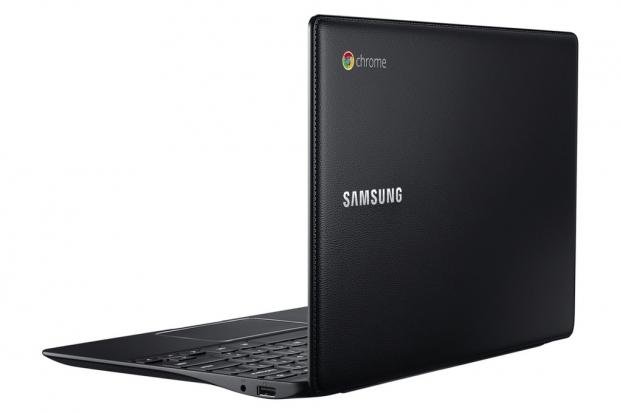 The 13.3-inch Chromebook features a full HD 1920x1080 display, 4GB of RAM and 16GB of internal storage space. The device is powered by Samsung's latest Exynos 5 Octa SoC and boast 8.5-hours of battery life thanks to the chips new low-power design. Weighing in at just over three pounds the 13.3-inch Chromebook 2 is one of the most high-end Chromebooks ever made. Its 11.6-inch little brother features a 1366x768 resolution display as well as a slower processor. 4GB of RAM remains as does the battery life, and number of USB ports. Both models feature a stitched leather back similar to that featured on Samsung's Galaxy Note devices, with the larger model sporting both black and white trim while the smaller version only comes in grey. The 13.3-inch Chromebook 2 retails for $399.99 with its smaller counterpart arriving at a pricing point of $319.99.