Odds are that many of the products that you buy spent some time on a ship crossing the ocean at one time. About 90% of the world's trade goods are shipped by boat. The shipping industry is gigantic and is worth about $375 billion annually. 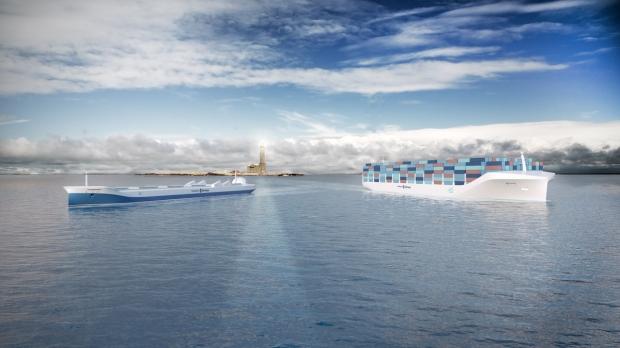 Rolls-Royce Holdings Plc has announced a new plan for ships that it thinks could revolutionize shipping and save shippers lots of money while reducing pollution. The plan is to make drone ships that are controlled from a virtual bridge on dry land and have no human crew.

The ships would use redundant systems like aircraft and an array of sensors to see what is in the water in front of them. The crew is one of the highest cost centers for a shipping company with crew costs consuming about 44% of the entire operating expenses for a ship.

Rolls says that its cargo ships with no crew could remove the bridge and all the components needed to sustain the crew and use that space instead for cargo. The move to a non-crewed ship could also improve fuel efficiency by 12-15% for the ships. There will be opposition to the plan. Agencies supporting maritime crews are already saying nothing can replace the human aboard a ship. These are some of the same things pilots said when drone aircraft were in their infancy, and drones are common today. These drone ships could be slipping through the blue ocean in the next decade.