According to OpenSignal's State of LTE report for Q1 2014, Australia leads the pack in terms of the fastest LTE/4G speeds in the world. Australia's leading ISP, Telstra, is helping to drive that back home for the country. 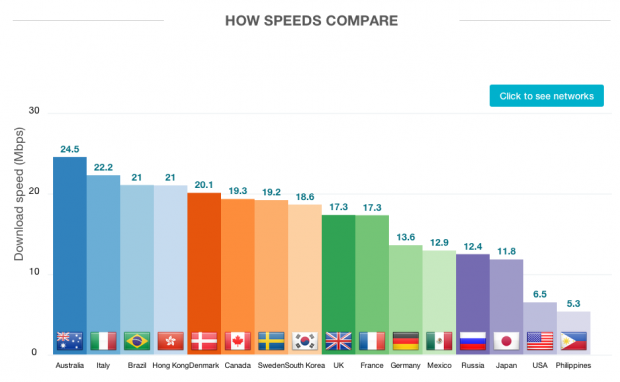 The OpenSignal report looks at countries all across the globe, analyzing their 4G networks to see who has the best coverage, speeds and carriers. 17 countries in total were compared, with Italy coming in second place, and in second-to-last, the United States. The average download speed experienced in Australia was 24.5Mbps, while the US trailed behind with just 6.5Mbps. 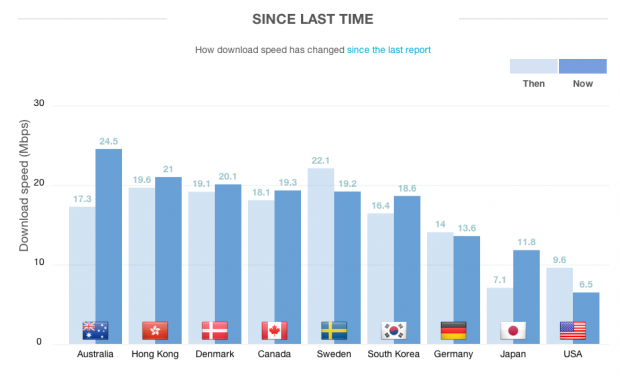 If we compare the speeds with the last report taken, the US was sitting at 9.6Mbps, and is now reaching an average download speed of 6.5Mbps. Australia on the other hand, has increased from 17.3Mbps to 24.5Mbps.