Rumors have been swirling about a red Nexus 5 for months now, and today those rumors came true. This afternoon, Google and LG announced that they have officially released a red version of the Nexus 5 through the Google Play Store. The Nexus 5 is of course the flagship phone for Android and is equipped with Android 4.4, a 5-inch 1080p IPS display, and a quad-core Qualcomm Snapdragon 800 processor. 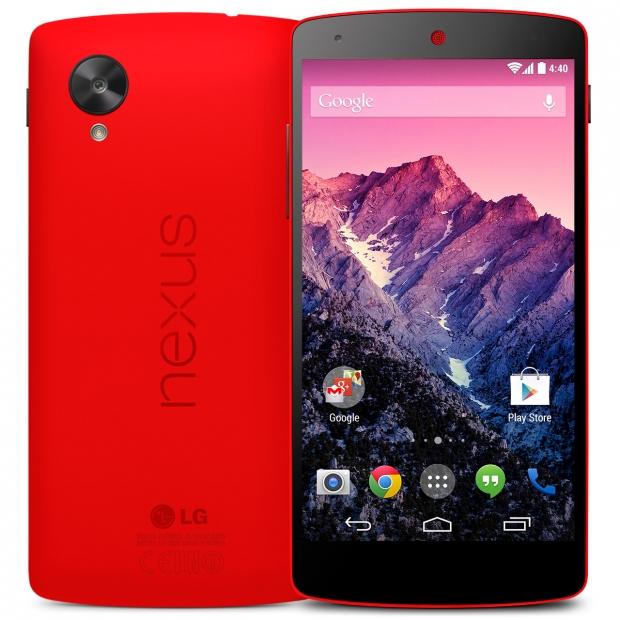 "The Nexus line has always been about doing things differently and consumers who share this philosophy have been our most loyal fans," said Dr. Jong-seok Park, President and CEO of LG Electronics Mobile Communications Company. "We're carrying this thinking over to the red Nexus 5, which we think will catch the eye of consumers who want to make an even bolder statement."

The red Nexus 5 will be available on Google Playâ„¢ starting this month in the United States, Canada, U.K., France, Germany, Italy, Spain, Australia, Hong Kong, India, Japan and Korea with wider availability across Europe by the end of the month. Customers will also be able to purchase a red Nexus 5 in retail stores in select markets. The red Nexus 5 retails for $349 for the 16GB version and $399 for the 32GB version on the Google Play Store.