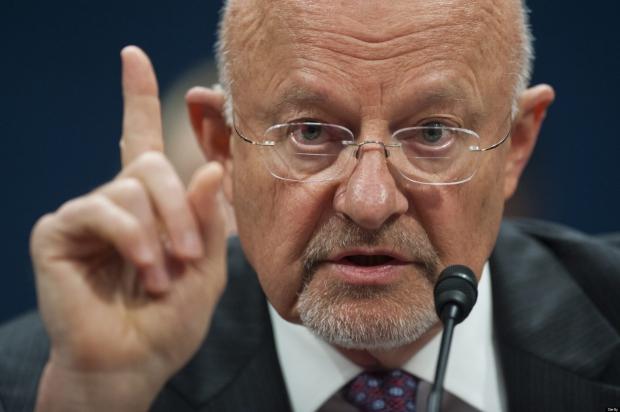 Clapper didn't place blame on specific "accomplices," but reporters at The Guardian, for example, would likely be an obvious choice.

Clapper's spokespeople later clarified and said the U.S. official "was referring to anyone who is assisting Edward Snowden to further threaten our national security through the unauthorized disclosure of stolen documents related to lawful foreign intelligence collection programs."

Snowden may have recently been nominated for a Nobel Peace Prize, but government officials would still like to see him face espionage-related charges. Trying to equate journalists to accomplices clearly is a long stretch for a government administration desperate to make sure similar whistle blower actions don't take place in the future.