Apple is rumored to be working on a 12.9-inch iPad, that would arrive as the iPad Pro. Apple is now reportedly accelerating the development of this larger iPad, because Samsung is already in the larger slate game with two 12.2-inch tablets. 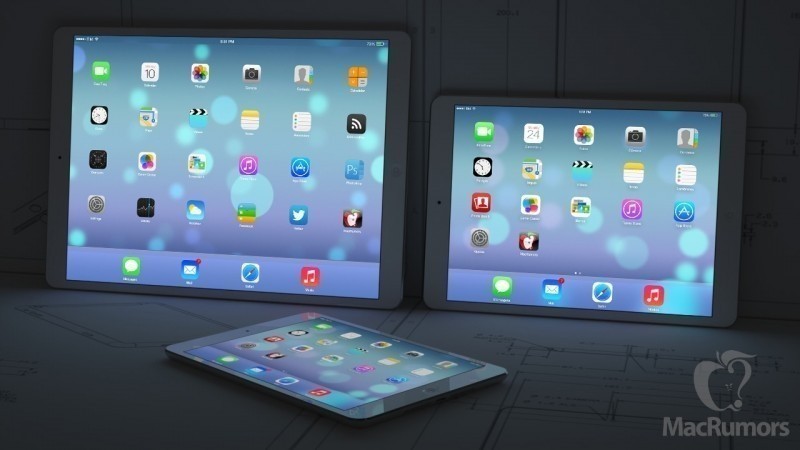 DigiTimes' sources are claiming that Apple's new iPad Pro would launch in Q3 2014 at the earliest. It would seem doubtful that Apple is feeling threatened by Samsung, as the Cupertino-based iPhone giant is usually relaxed with its releases. But, increased competition in the market could be forcing Apple to work on products it normally wouldn't (a larger 'Pro' aimed iPad) and competing with Samsung.

The same sources claim that Apple is working on two new iPads that will replace the current Retina iPad mini and iPad Air. These new models would most likely debut at the same time as the iPad Pro.