CES 2014 - Intel's Thunderbolt 2 is widely considered the data connection of the future, and rightfully so as nothing else comes close to its transfer speeds. The protocol is so fast that companies can connect GPUs externally to devices such as laptops to give them a boost when needed. 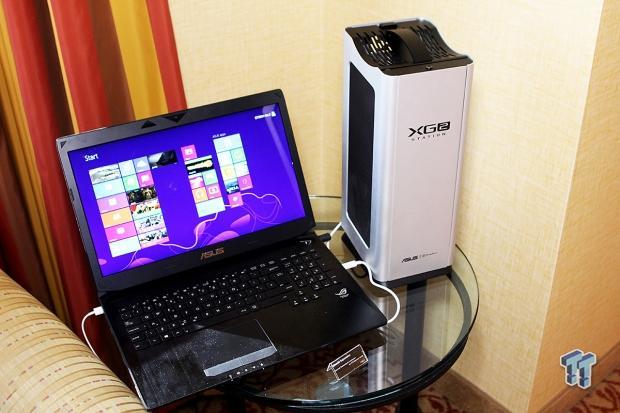 Silverstone was showing off its XG2 Station, a Thunderbolt 2 External GPU housing designed in partnership with ASUS at the 2014 CES. The XG2 housed a AMD Radeon 7970 and small form factor power supply along with an ASUS designed main board that provided the Thunderbolt to PCIe connectivity. Unfortunately we did not get to demo the device, and no word was given on if or when we might see the XG2 Station hit the retail market.