Up until now, the only way to get your hands on one of Motorola's low-cost Moto G Android-based smartphones was to order it from the official Motorola website, but today the company announced that customers could purchase it through Amazon.com. Pre-orders for the Moto have been available on Amazon since early morning and the company says that orders will begin shipping on December 4th. 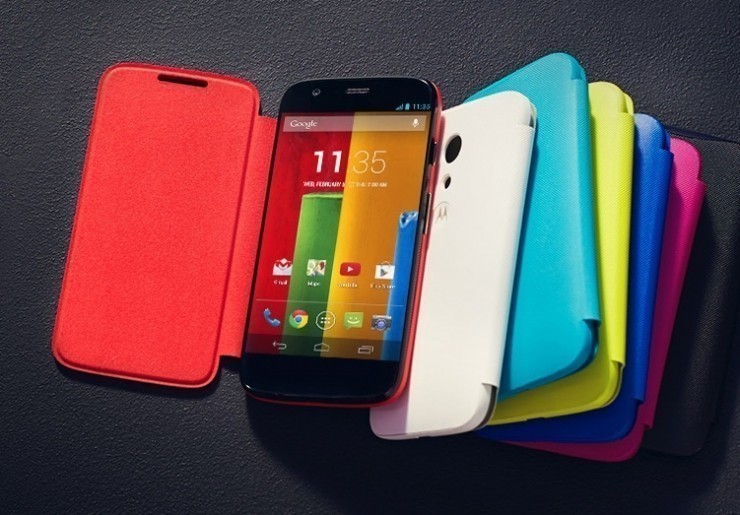 The Motorola Moto G features a 4.5-inch 720p screen and a quad-core Qualcomm Snapdragon 400 processor that has been clocked at 1.2GHz. 1GB of RAM is on hand to keep things moving nice and smooth, while a 5-megapixel rear camera handles imaging duties. Unfortunately LTE support is missing, and only 3G radios are installed. The phones pricing points make up for this though, with an 8GB model retailing for $179 off contract, and 16GB for $199 with no contract.