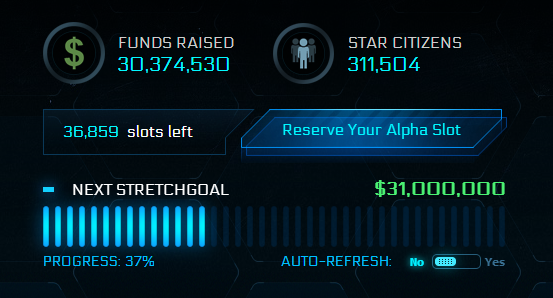 The next stretch goal is $31 million, and at this rate, it should hit that goal within the next day or two. People are excited about this game, as the premise does sound truly amazing, but when will this funding explosion stop? At the rate it's going, it will hit $40 million by the end of year. I've backed it, and I'm enjoying my hangar right now, and boy does it look glorious at 7860x1440.

I'm going to be the first to say it: but if things don't stop with this funding, it will be the first non-AAA (as in, developed/funded by a huge company like EA, Activision, Microsoft or Sony) to reach $100 million - you heard it here at TweakTown first, folks!