And you thought we left the show without getting some testing in on the SF3700. LSI SandForce had a public display at AIS 2013 with IOMeter running. We weren't allow to run other tests but we were allowed to dig through the results screen the existing test running on the demo. 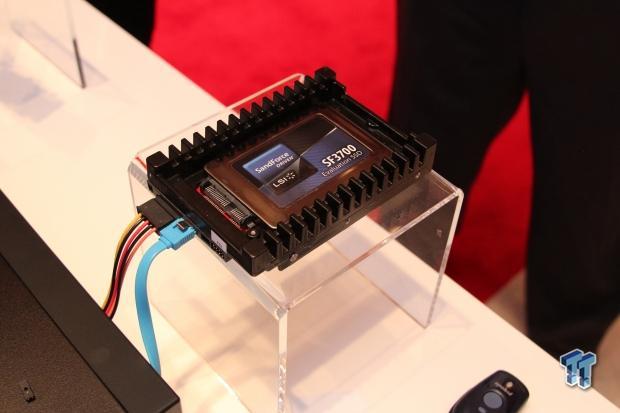 Obviously SF3700 is in the early stages but seeing live demo's from more than one manufacture is a good thing. 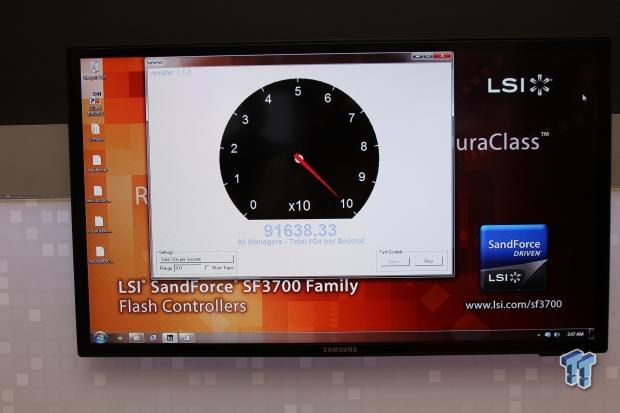 When running in PCIe mode the SF3700 drives we saw at the show achieved nearly 150K IOPS. Here we see in our early look at SATA III SF3700 breaking the 91K red IOPS mark. 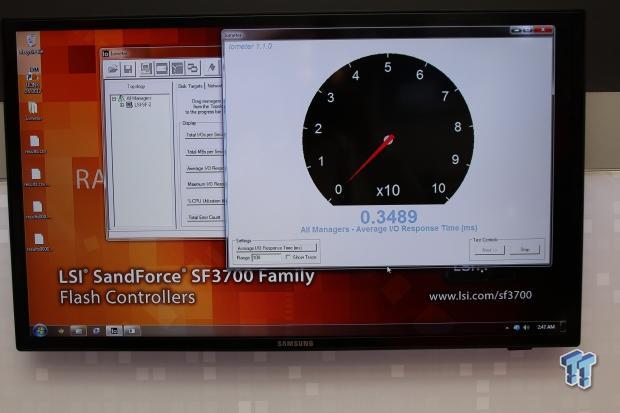 The average latency for all managers was just .3489ms. 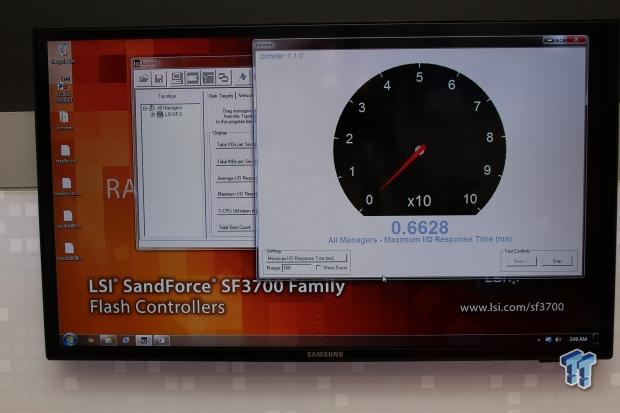