NVIDIA technology powers Batman: Arkham Origins, and for someone like me who didn't think the in-game tech from NVIDIA would make a difference, believe me when I say it does, it really does. The video above shows you just how impressive the snow effects in the game are, where it will be thicker in some parts, such as a roof, and thinner in other parts. As Batman walks through it, it will leave footprints and as he fights in the game, it will dynamically shift the snow around. 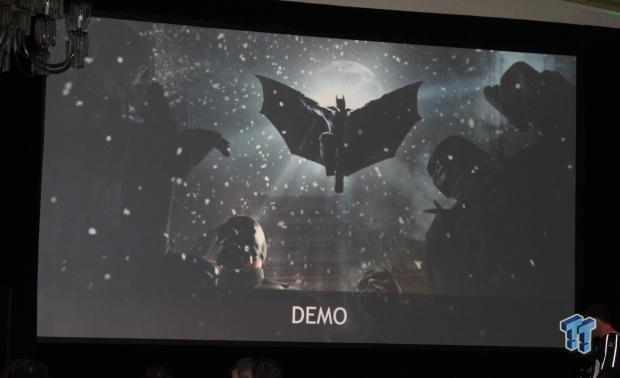 It was a truly impressive demo to check out, and it is now firmly placed at a must-have for me when it launches.