IFA 2013 - TweakTown's Johannes Knapp was on hand earlier today for a live demonstration of NVIDIA's upcoming Project Logan. Project Logan is of course NVIDIA's next-generation System on a Chip (SoC) Tegra Processor that is based off of the Kepler architecture.

In the video, we can see that the renderings on the tablet are very close to the same quality you would see on a high-end GPU inside of a PC. Of course, however, when the number of polygons being rendered is increased, the frame rate takes a hit, but as the demo shows, this can be compensated for using tessellation. Check out the video above for more information on NVIDIA's Project Logan. 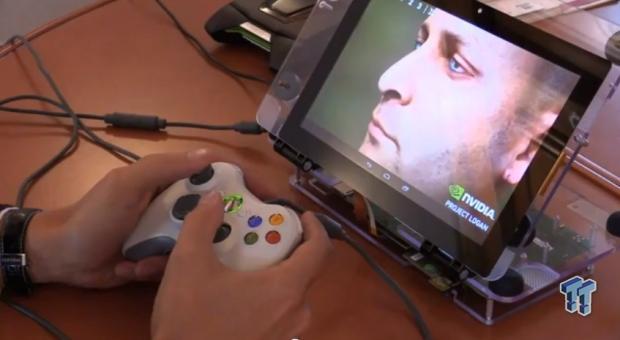