BlackBerry's launch of BlackBerry Messenger (BBM) for Android and iOS is quickly approaching and today, the company's CEO confirmed that they have began pushing out beta invitations to both Android and iOS users in an attempt to thwart off any major bugs on launch day. While we have no definitive date on when the messaging platform will debut on either of the mobile operating systems, we do know that it will happen sometime this summer. With the beta launching today, the official public launch can not be very far away. 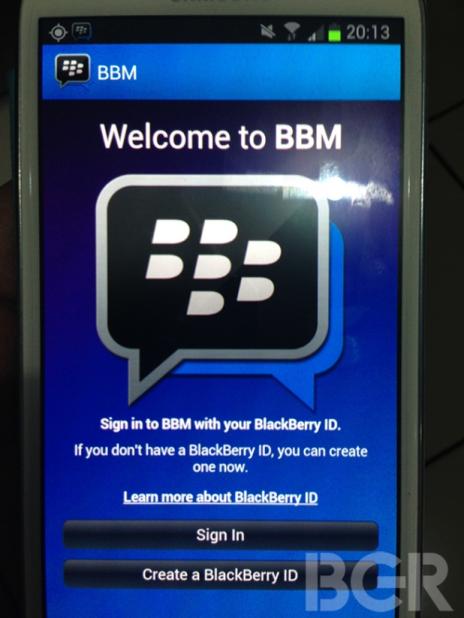 An image of the BBM app running on a Samsung Galaxy SIII has popped up on BGR recently that gives us a glimpse of how the app will look on the Android platform. The report also says that users of Android 4.0 or higher will be getting the invitations before iOS users but as to why, we are still unsure. It is also unclear as to why BlackBerry is pushing out its proprietary messaging service to the rival OS' in the first place as BBM has widely been thought of a BlackBerry's final ace-in-the-hole. Our only guess is that the company is looking for other sources of revenue as its hardware business continues to sink out of popularity.