When Google first announced Chromecast, I instantly knew it was going to be big. The $35 media streaming dongle has become an instant hit among technophiles everywhere in the US. When originally launched, Google offered the device for $35 and included three months of Netflix for free, which essentially made the device cost a total of $11 if you are already a Netflix subscriber. 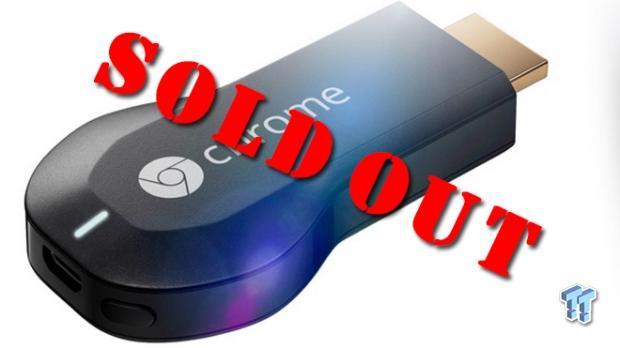 Today, we found out that device has sold out on every online outlet it was being offered at. In just 36 hours, so many units were sold on the Google Play Store that shipping times were eventually listed as 6 to 8 weeks. Amazon and Best Buy's online store have both sold out, but Best Buy says that they still have some units available in-store.

I placed my order for the Chromecast just an hour or so after it was announced and selected two-day shipping, but Google has still not sent any shipping info to me, so tonight I'm going to head to my local Best Buy and see if they have any units in stock so I can bring all of you readers a wonderful review the first of next week.