Finally. The day has arrived: Google have unleashed Android 4.3 to the world, keeping the "Jelly Bean" codename intact. What exactly does Android 4.3 bring to the tablet versus Android 4.2?

Well, we have a bunch of multi-user settings, which includes the ability to restrict profiles for younger people. This is a great feature to keep your content, or the ability to access adult content, from children. You can restrict app content at the user level, with a user enjoying the ability of restricting a number of puzzles within a game to a specific profile.

On top of this, you can prevent kids from going crazy and racking up huge bills with the in-app purchases. This is a must-have for all parents, in my opinion. Apple, where are you? 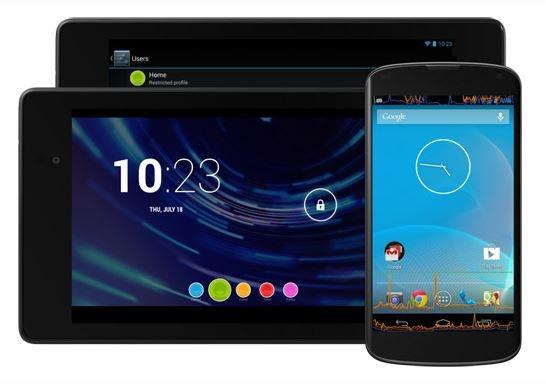 We also have Bluetooth Smart, otherwise known as Bluetooth Low Energy, included in Android 4.3. OpenGL ES 3.0 support is now here, with Hugo Barra saying that it's "a big deal for game developers." What will OpenGL ES 3.0 provide us? Lens flares, reflections, and much higher quality shadows than we've ever seen before on Android.

When can you get your grubby hands on Google's latest iteration of their awesome mobile OS? Well, right now it is rolling out to Nexus 4, Nexus 10, Galaxy Nexus and the first-gen Nexus 7 (now that there's a refreshed version out). The HTC One and Galaxy S4 Google Editions can expect it "very soon."