It looks like adoption rates of solar power are about to get much better, with the cost of photovoltaic solar panels expected to drop to around 36c per watt by 2017, according to new research by cleantech market research firm, GTM Research. 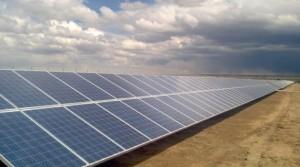 Solar panels are currently backed up by natural gas and other types of power plants on the electricity grid... but with solar panels costing just $0.36 per watt, this would make it a good idea to install many more solar panels to back each other up instead of relying on another, older, Earth- and human-harming way of generating power.