Google Glass is slowly making its way into the mainstream, but this week during Wimbledon, pro tennis player Bethanie Mattek-Sands will don the wearable computing from Google. Mattek-Sands ranks as position 58 in the Women's Tennis Association (WTA). 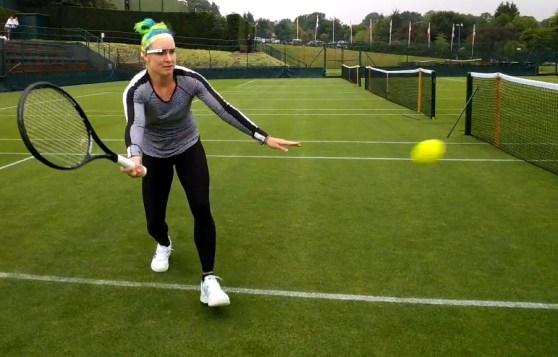 She will be wearing Google Glass at Wimbledon this week in London, something Google announced a few days ago now. Mattek-Sands is in the Glass Explorer program, which saw a handful of people around the world receiving the wearable product. Google have said that Glass is both comfortable and unobtrusive, weighing no more than a pair of standard sunglasses. Considering pro tennis players are moving from left to right so fast, even a couple of hundred grams would make a big difference - even more so with the money at stake here - so this is a big, and most of all, positive move for Glass.

Google has said that Mattek-Sands is already benefitting from Glass, elaborating:

Glass's potential in the sports realm is huge, and it can connect athletes, coaches, and fans in new ways. For Bethanie, it's allowed her to capture her strokes from her point of view during practice and share those with her coaches. It also helps her search recipes and perfect her cooking, something that's important to a professional athlete with dietary allergies and restrictions. Bethanie's fans can also see the world through her eyes as she embarks upon the road to Wimbledon, where she'll play her first match next week.