Computex Taipei 2013 - We know it's coming and coming sometime soon but that isn't good enough when OCZ Technology teases it at CES and Computex in 2013. 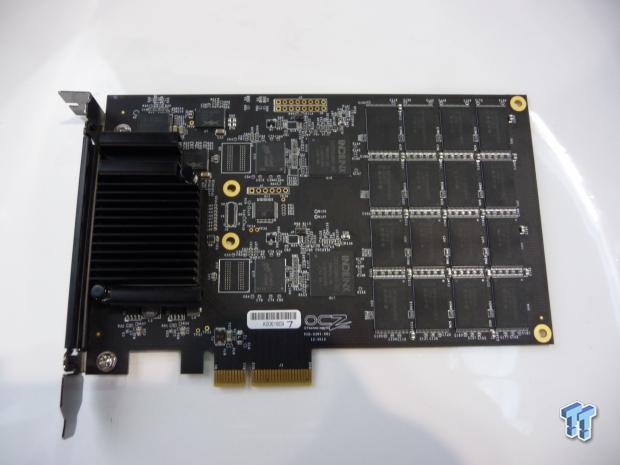 With two Indilinx Barefoot 3 controllers and up to 1TB of NAND flash, we know you want it too. If the PCIe version of Vector includes SCSI unmap, a form of TRIM, then we'll do back flips followed by cartwheels. Wouldn't that be a sight to see? 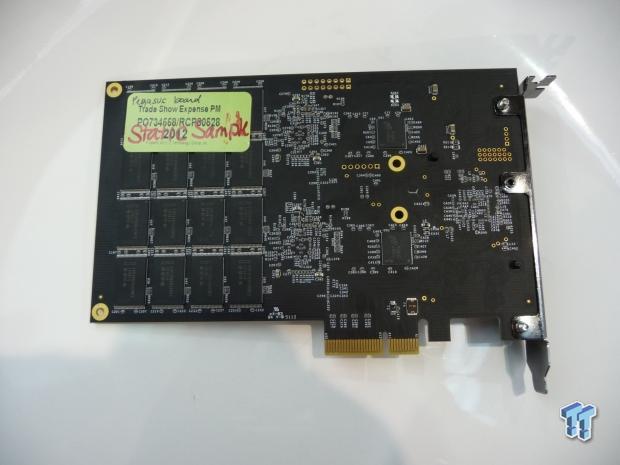 As far as I know, this is the first back side picture of the card. All together there are 32 NAND flash chips, four DRAM buffers and two Barefoot 3 controllers. Bridging the two controllers to the PCIe 4 lane is an OCZ VCA II. This is a full height card for desktop use. When they finally come out I want six for RAID 5 in a prosumer SAN.