Time for a Monday pick-me-up: The Los Angeles offices of game studio Robotoki received a visit from the Los Angeles Police Department last night after someone hit their newly installed panic button. The panic button was to be used in case of an armed threat and was installed because game teams often receive death threats. 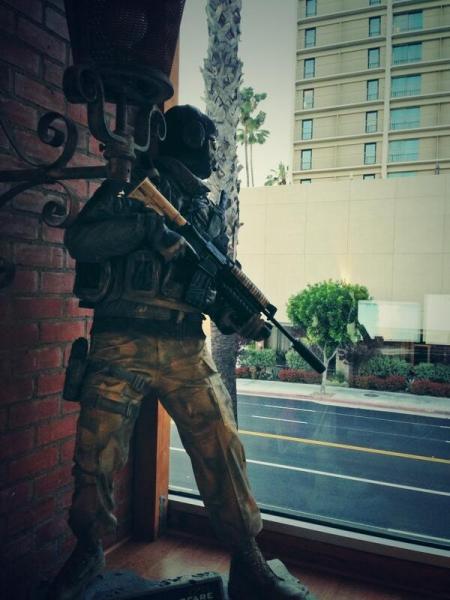 Boys will be boys and one of the designers decided to try out the freshly installed button as everyone was leaving work for the day. The only person left was studio founder Robert Bowling. The LAPD saw the statue of Ghost standing with his gun at the ready, so they perceived there was a threat.

They entered into the building. "I was in my office when they arrived and saw them coming up our stairs, guns drawn," Bowling said. "They yelled for me to put my hands up and walk towards them slowly, then took me into custody and out of the studio until they cleared the rest of the rooms and floors."

They finally realized that the statue was just that: a statue. The night ended with a friendly chat and round of video games.