ROCCAT's Ryos MK Pro features an insane number of configuration options, as well as your choice of Cherry MX key switches in four colors and per-key illumination in two modes: smart and manual. This allows Ryos MK Pro owners to congiure special effects to their keystrokes, configure their keyboard to highlight in-game and application key bindings, your modifier keys, macro sequences and cool downs, system controls and much more.

The ROCCAT Ryos MK Pro features a 32-bit ARM Cortex processor, meaning that it has its processor can power all of the functions on this keyboard, all without losing a spec of performance. There's 2MB of flash memory on-board which houses your configurations, with your keyboard keeping all of your keystrokes and macros handled well in real-time, all without delay. 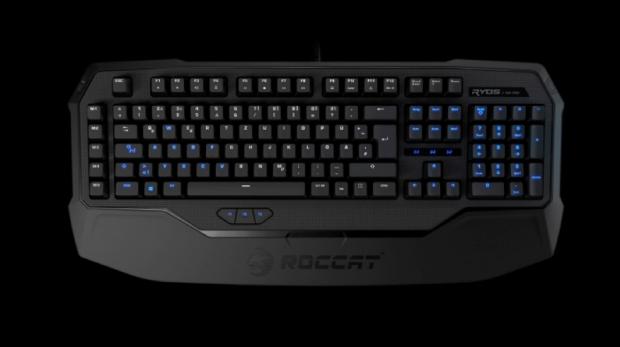 There's also the ROCCAT Achievements Display, or RAD, which allows you to monitor your skills with an overview of important statistics, win awards when you hit crucial milestones and then share them through Facebook and other social media sites to give you the ultimate bragging rights. There's two USB 2.0 ports to give you some flexibility, allowing you to plug in your companion gaming mouse or gaming headset. The Ryos MK Pro goes a step further, too, by offering a built-in cable channel underneath the keyboard itself. 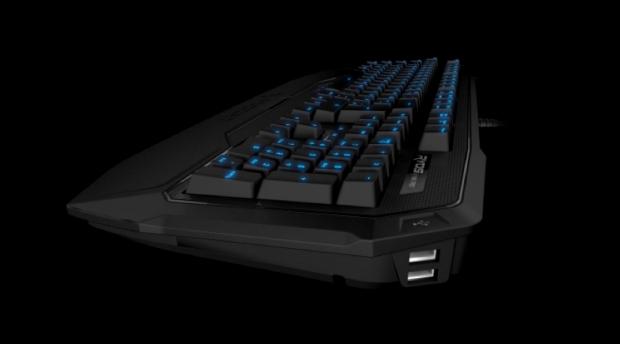 Moving onto looks, we have a ROCCAT-pioneered micro-dotted service, which gives the Ryos MK Pro a beautiful sleek and glossy look, which doesn't attract those dirty fingerprints. There's a huge wrist rest that is integrated into the Ryos MK Pro, giving you the ultimate in comfort.