A Plex refresh for Android has been in the works for sometime now. The popular media streaming application gets an entirely new look for Android while the 3.2 version for iOS gets some bug fixes. 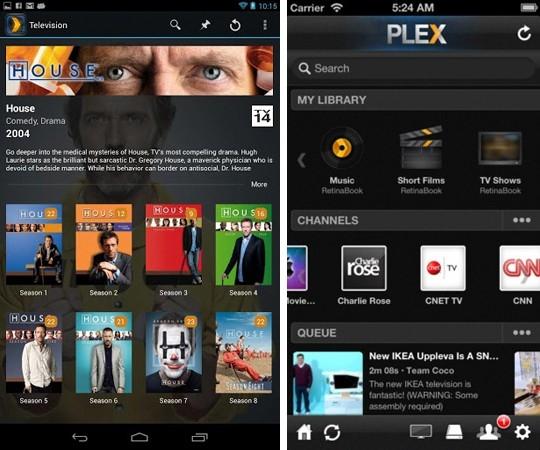 The refresh provides a much more polished and elegant interface while improving access times to larger libraries. The initial 3.0 release had a bug forced the app to require a MyPlex account as well not allowing the remote control widget to function properly. iOS users have had Plex 3.0 for some time now and the 3.2 update brings forth some tangeable improvements including speedier media access, fixes for Plex Sync. Other improvements include letting the iOS app serve as a remote playback target for other Plex equipped devices.

As a user of Plex for some time now, this update is a most welcome one. I love Plex's ease of setup and use and the ability to not only stream content hosted on local servers, but the ability to watch web based content from hundreds of free sources such as Revision3. I will be covering how to set up Plex in an upcoming how to article in which we will build a small form factor home media server, so stay tuned to TweekTown for that.