Last year it was reported that Apple would switch from their reliance on their biggest competitor, Samsung, for their displays and shift to others like LG Display or AU Optronics. Well folks, it seems that Apple is considering new contracts with Samsung for displays in the future. 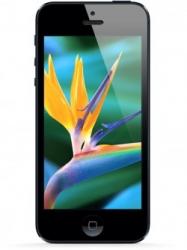 Korean site ETNews.com is reporting that Apple would resume purchasing LCD's from Samsung Display, as the South Korean giant are better equipped to keep up with Apple's high demand:

As the thin glass process was adopted to the production of touchscreen panels, the related industry is expected to show stiff growth every year - there are very few Japanese or Taiwanese competitors in the thin glass market.