Every now and again you have to take a step back and go, "Do I really belong on this planet?" This is certainly one of those moments. Police in Michigan say a woman set up a fake Facebook account so she could stalk...herself. That's right, she stalked herself and sent herself nasty messages. Better yet, she blamed them on her ex's new girlfriend.

The ABC report, embedded above, does a great job of explaining the story, but I'll add some details. According to Kent Country Sheriff's Detective Jason Russo, police investigated where the messages were coming from and it led back to her computer. She also confessed that she resorted to these actions because she couldn't get over the relationship.

Evidence shows that Nelson used her computer to set up false Facebook accounts using Kevin Haarsma's personal information. Nelson used this account to make it appear that she was being stalked and harassed by Kevin's new girlfriend by posting threatening messages.

This is the world we live in, folks. 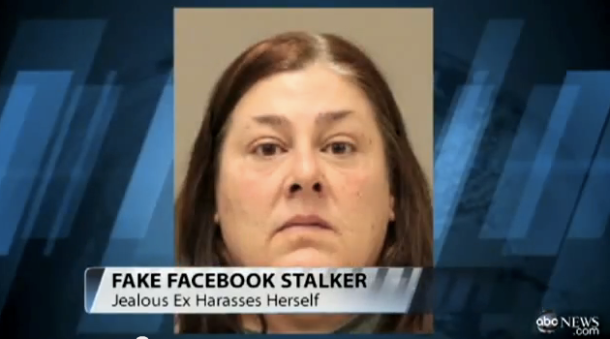