Ouya have pushed out 'Project Update #25' and included inside is an update on the shipping status of their Android-powered console. For the week just gone, they have "successfully eclipsed 50 percent of units shipped and remain ahead of schedule to complete all shipments by the end of May". 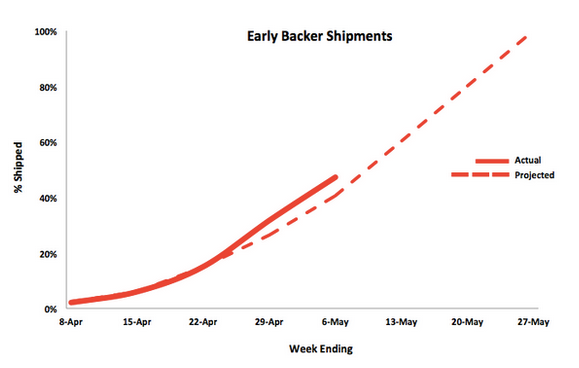 Because they are this far in the game now, Ouya have completed their first production run, with all of their tools operating as needed to get all of the Ouya units to consumers. Other events this week for Ouya include the Limited Edition consoles rolling off the production line. International shipments have been slowed down because of an issue with the power adapter, which was caught early enough to be rectified before units began shipping.

The Limited Edition Ouya consoles should begin shipping in the coming days, meaning I should get mine in the next couple of weeks!