Google has announced that there are now seven new countries that Google Play Music has extended into: Austria, Australia, Belgium, Ireland, Luxembourg, New Zealand and Portugal. This now allows users to buy music through the Google Play Store on both the web or their Android device, as well as the cloud associated with their Google account which will hold 20,000 songs for a user. 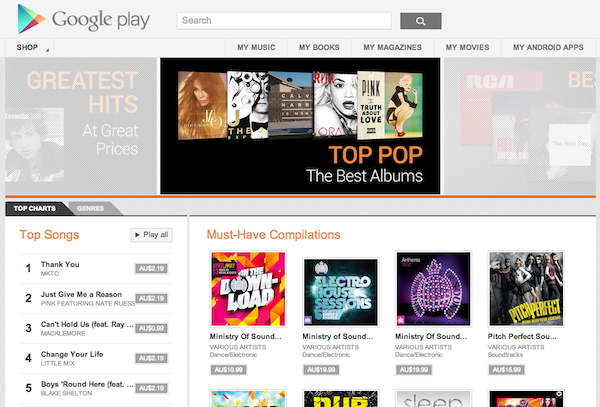 The streaming service is made available to 10 devices at a time, with the settings allowing a user to tune the authorization and deauthorization of devices. You can check it out by downloading Google Play Music from the Google Play Store.