Forty years ago today, then Motorola exec Marty Cooper walked out of his office, met with a reporter on the sidewalk in front of his office building and proceeded to make a world-changing phone call to the CEO of Bell Labs (a division of AT&T). 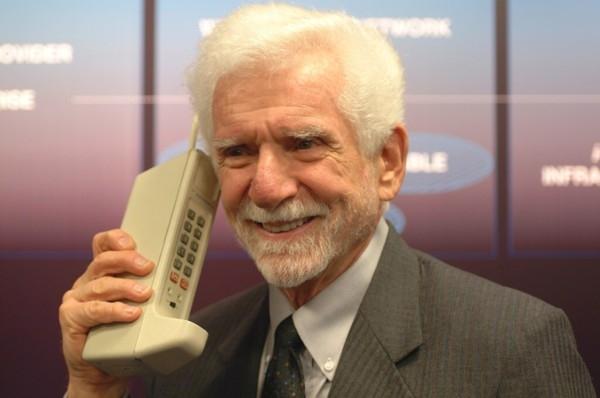 This event was most likely one of the top 3 most significant phone calls in the history of the world, as it was the very first cellular phone call ever made. Sure there were car phones at the time, but this was a completely mobile, hand held all-in-one device. The Motorola DynaTAC 8000X that Cooper used went on to be known in pop culture as "The Brick" because it resembled one in both size and weight. The 2.5lb device would set you back a cool $3,995 and featured a single line LED text display.

Fast forward 40 years and Google now owns Motorola's mobile division and modern smartphones are tens of thousands of times more powerful. Instead of being limited to the uber rich, now even the poorest people communicate via cellular phones. If you were wondering, in the first cellular call Cooper said to the Bell Labs CEO "I'm ringing you just to see if my call sounds good at your end."