NVIDIA have been doing quite well in the System-on-a-Chip (SoC) department lately, with Tegra 2 and 3 making big splashes in mobile devices across the world. Tegra 4i is nearly here, but what is coming next? Well, NVIDIA have updated their mobile roadmap at NVIDIA's GPU Technology Conference. 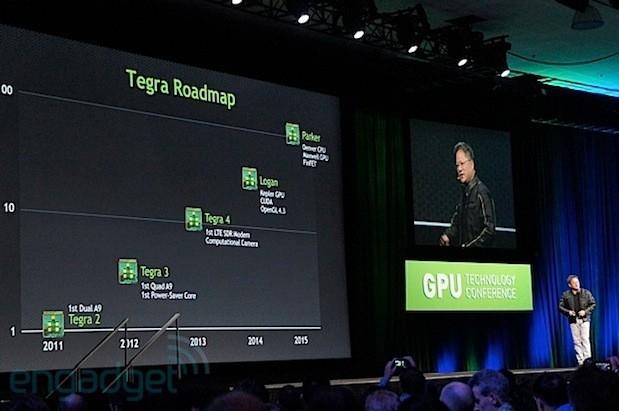 The next SoC we should expect from NVIDIA is codenamed "Logan", and the one after that was previously said to be "Stark", but is now "Parker". Both will use NVIDIA's CUDA technology, with Logan featuring a Kepler GPU and Parker running a Project Denver 64-bit ARM-based CPU as well as packing a next-generation Maxwell GPU. Logan should reach us early 2014, with Parker not being baked into devices until sometime in 2015.