With rumors floating around that cloud-managed network infrastructure company, Meraki, were about to announce their IPO, networking giant Cisco has swooped in and acquired the company for $1.2 billion in cash. 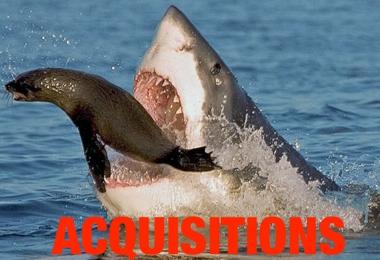 Cisco have said that they plan to use the freshly acquired Meraki's technology to "cloudify" its network management products. Cisco will turn the company into a new Cloud Networking Group. Meraki's CEO, Sanjit Biswas released a memo to employees, announcing the acquisition:

As some of you may have heard through Twitter or Google Alerts, there is a rumor out that Cisco intends to acquire Meraki. Our original plan had been to break the news to everyone tomorrow before it was officially announced, but it looks like social media beat us to it!

Given this is a big deal, both literally and figuratively, I wanted to take a few minutes to provide some more context about the upcoming announcement. I'd rather have done this in person at tomorrow's event, but I think it's important that everyone at Meraki is in the loop.

First of all, this was an unexpected event for Meraki. When we started out six years ago, we were three guys at MIT wondering where our bootstrapped venture would take us over the next few years. We had some exciting ideas about how to build networks, and knew we wanted to have a big impact on the world, but hadn't figured out how we would connect the dots. Fortunately for us, our customers helped guide the way for us over the years and were able to organically build an amazing set of products and amazing company together.

This year has been particularly amazing for us (sorry to say amazing three times in a row, but it really has been). We successfully shipped another major product family, achieved a $100M bookings run rate, grew from 120 to 330 employees and did it all while achieving positive cash flow.

So, when Cisco approached with an acquisition offer a few weeks ago, our initial reaction was to politely say "thanks, but we're planning to do our own thing and take Meraki public". It turned out that was exactly why they were interested in talking to us - over the past six years, we'd developed an innovative product as well as sales model that was indeed our own thing and unique in the market. They had been hearing from customers, partners and analysts that Meraki had built something truly different, and wanted to see if Cisco could distribute the technology on a worldwide scale through their vast sales channels.

It was a very significant offer, so we took our time to think through its implications. First, we decided to break it down into two major components - the qualitative and the quantitative. Being engineers, the numbers were probably easier to reason about: we had been studying public company valuations, and were able to see the price was an attractive offer and gave us credit for high margins, high growth and great future execution. However, the qualitative portion was harder: would we be able to continue doing what makes us special as part of Cisco?

It turns out the Cisco team also understood how important our team, culture and environment are to us, and came prepared as part of their offer. They outlined a few key concepts that helped us with the decision:

Cisco appreciates the way in which we develop innovative products: by focusing on our customers and quickly trying new ideas in both software and hardware. They'd like to see us continue to release new features and products in the years ahead, and hopefully "cloudify" other Cisco products.

Beyond technology, they recognized our business model as being highly integrated and customer experience focused. This integration spans across teams, so they'd like all the departments to keep doing what they are doing while figuring out how to leverage Cisco's distribution channels.

Finally, Cisco recognized we built a culture and environment in San Francisco that has helped us recruit and retain phenomenal talent across departments. As a result, they'd like us to be a new "Cloud Networking Group", based out of SF, fun office, free food and all.

After several weeks of consideration, we decided late last week that joining Cisco was the right path for Meraki, and will help us achieve our goal of having maximum impact. As founders, all three of us plan to stay on as leaders of the business unit and look forward to continue towards our goal of $1B in annual revenue. We continue to be transparent with you all, and while some things like our email addresses, etc. will change in our day-to-day operations, we will ensure the important things like our culture stay the same.

In terms of what happens next: this week our job is the same as it was last week - to build amazing products and deliver them our customers. We will also continue to operate as a separate company until the acquisition closes, which we expect before the end of Cisco's fiscal quarter. The plan is for employees to transfer from Meraki to Cisco.

My apologies again for having to send out email about something so important to all of us. We will plan to cover our plans in more detail at tomorrow's event, which is being rescheduling for 10:00am at the new facility and on WebEx (three hours earlier than originally planned). AJ/Kathy will email out more details about logistics this afternoon.