LSI AIS 2012 - The keynote from LSI CEO Abhi Talwalkar today focused on the data deluge that is currently overwhelming system administrators in some of the world's largest datacenters. This onslaught of data is being driven primarily by the explosion of mobile devices and social media. With users increasingly turning to the 'cloud' to store and share their data, the flood of information being stored in the datacenter is becoming overwhelming. 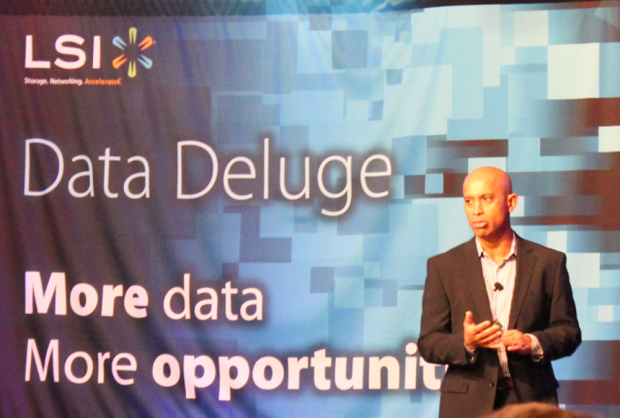 This data deluge is leading to new and exciting technologies on the storage front to handle the load. As noted on the banner behind the CEO, more data equals more opportunity for those in the data storage business. 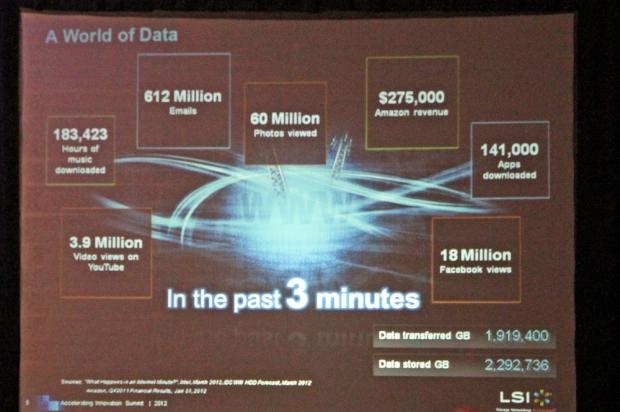 This chart puts things in perspective. In 3 minutes alone there were over 183,423 (or 18 years) hours of video downloaded, 3.9 million YouTube views and 18 million Facebook views. YouTube views on mobile devices was up a staggering 300% last year alone, and the year over year growth for mobile usage is intended to multiply further this year. The increase in mobile bandwidth, with 4G and faster connections becoming prevalent, is placing the focus increasingly upon service providers to deliver better latency to serve customers faster. 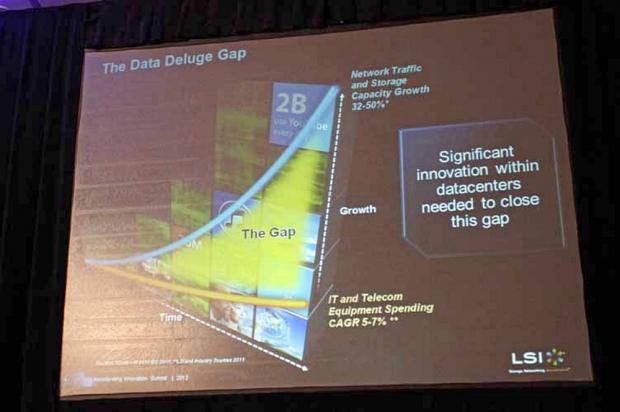 Unfortunately the massive rise in data that needs to be delivered, and stored, is not being accompanied my large increases in spending by corporations to bridge the gap. As this slide shows there is a network and capacity growth over the next three years totaling 32-50%, but a projected increases of only 5-7% in spending to address this issue.

LSI's belief that intelligent silicon solutions enable 'more' to be done with 'less' drives the philosophy behind many of the designs that they are introducing into the enterprise space over the coming year. These designs are addressed to specifically answer these needs. 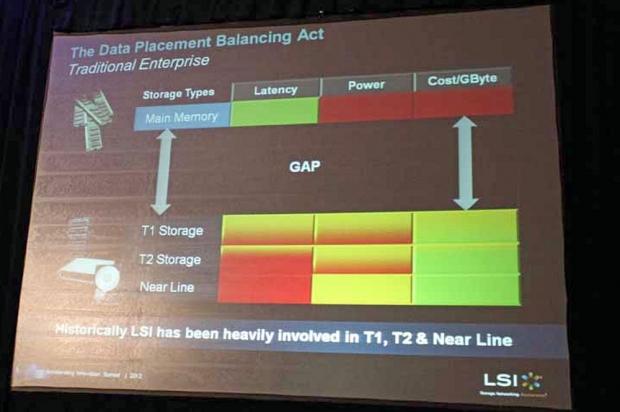 The tried and true model has been to separate the data storage into tiers to handle the load, with a large gap existing between the performance of the memory in the server and the HDD based storage (T1, T2, and near line storage). 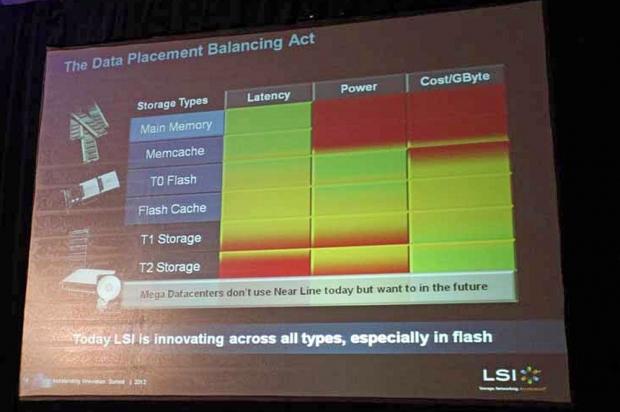 LSIs solutions bridge these gaps by utilizing flash as a premium tier of data storage that will provide faster latency and access to data. By introducing caching products that set just above T1 storage, and then adding an additional tier 0 of just pure flash, these problems can be addressed. 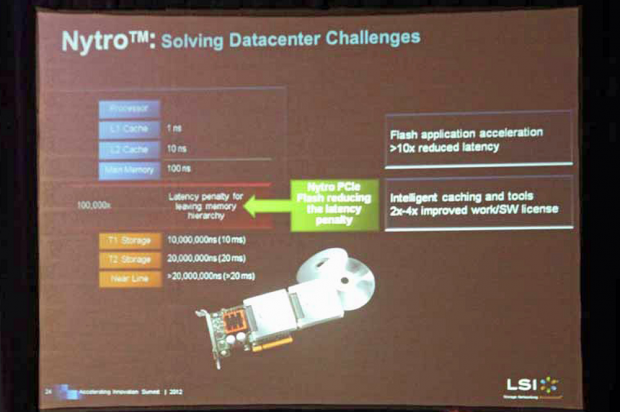 The Nytro MegRAID application accelerators can provide a viable alternative to the old method of scaling out HDD -based storage. Slipping in some ultra-fast flash solutions can provide tremendous benefits with existing infrastructure simply by boosting the latency improvement. 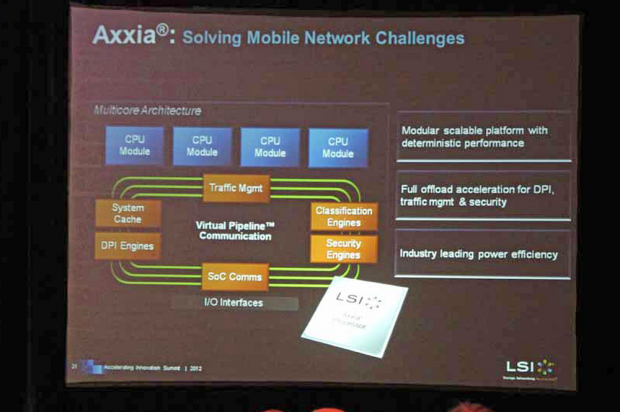 Finally, the Axxia line of mobile network processors from LSI can help to alleviate the networking bottleneck inside of the datacenter itself. 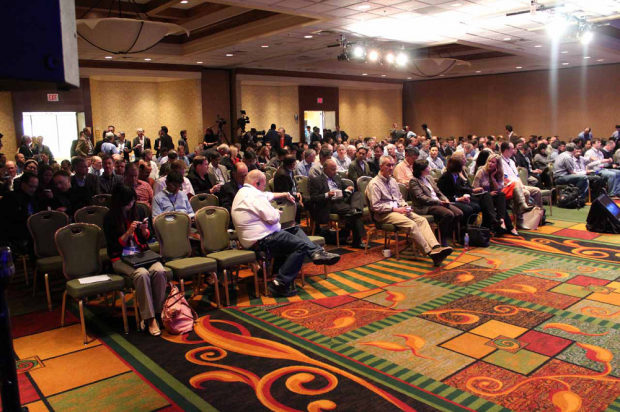 Look for many new and exciting technologies to address the tremendous challenges brought on by the data explosion over the course of the next year. The storage segment has never been more in demand, and expect this overwhelming interest in innovative storage solutions to continue.