The European Organization for Nuclear Research (CERN) have done it, after more than 30 years of experimentation, and billions upon billions of dollars in research and the use and construction of the Large Hadron Collider, have found the Higgs boson, or "God particle". 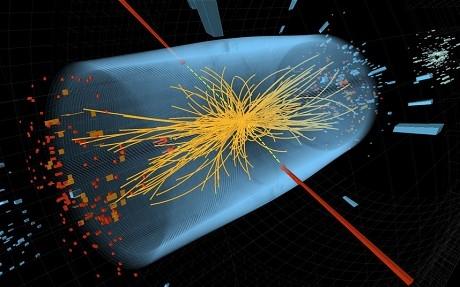 Some might dismiss this as nothing, but this is considered an absolutely mind-blowing achievement for all scientists, researchers and everyone in between. The Higgs boson is a subatomic particle which is thought to give everything in our universe, mass. Mass is a physical property which gives matter its weight here on Earth, and other bodies which exert gravity.

But, you don't just stumble upon this, and when you do, you require some serious confirmation before you make these types of claims. Scientists are 99.99999999999-percent certain, and this is about as close as one can get. The scientists were able to calculate that the new particle is very near the "five-sigma" level of significance, meaning that there is less than a one in a million chance that their results are a statistical fluke.

One question is where did the name "God particle" come from? One Nobel prize-winning physicist famously called it the "God particle", because of its central role in theoretical physics. But Professor Higgs and his colleagues at CERN have come to despise that term, and its religious undertones. There is so much to read on this, and I have only simply scraped the surface of the Higgs boson, just like the scientists that discovered the subatomic particle now have months, if not years of more research to conduct on it.

Check out our source links if you'd like to read more.