Microsoft are on quite the roll this week, first up we had their Surface tablets, and now the announcement of Windows Phone 8. The next-generation mobile operating system will sport a redesigned home screen, now allowing every tile to be customized in one of three available sizes, and completely ditches the right-hand "rail" that help the link to the full app list.

Skype and VoiP functionality are built directly into Windows Phone 8. Microsoft are adding a background agent that handles incoming and outgoing calls, as well as messaging and integration with several of the Windows Phone 8 features. Skype takes full advantage of this, as well as any other VoiP-based application without favoring one over the other. Microsoft's Greg Sullivan says the integration is so good that he jokes that Apple should create its own FaceTime app on Windows Phone 8, and it would work better than it does on the iPhone.

Windows Phone 8 will include Internet Explorer 10, which will run on the same desktop code used in Windows 8. It will also offer four times faster JavaScript performance and full HTML5 support. Security-wise, it will offer increased security, such as a phishing filter and the SmartScreen URL reputation system.

Thanks to Nokia being a very close partner with Microsoft, Nokia mapping information will be a big part of Windows Phone 8 going forward. This will include offline maps, turn-by-turn directions, and all third-party apps will be able to access mapping data. 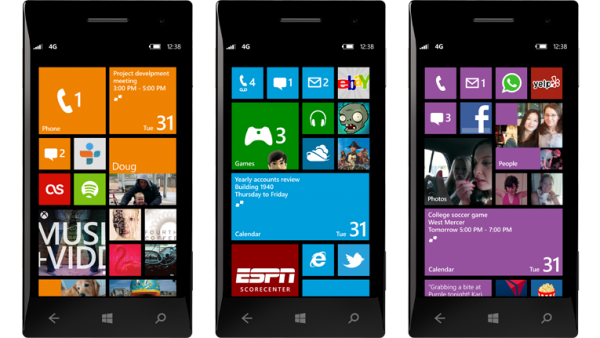 Windows Phone 8 will share common code between its desktop brother OS, Windows 8. Things such as kernel code, file system, networking services, media foundation, device drivers, and parts of the security model from Windows 8 will gel between the OS'. Microsoft calls this the 'Windows Core', which will enable developers to port apps between Windows 8 and Windows Phone 8 without re-writing a lot of the code.