NVIDIA has issued a statement regarding Linus Torvalds harsh words. A little recap: Linus Torvalds said during a conference that NVIDIA is the worst company ever and then said "NVIDIA: F*** you!" He said this because he was a little upset with the Linux support and willingness to work with the open source community. 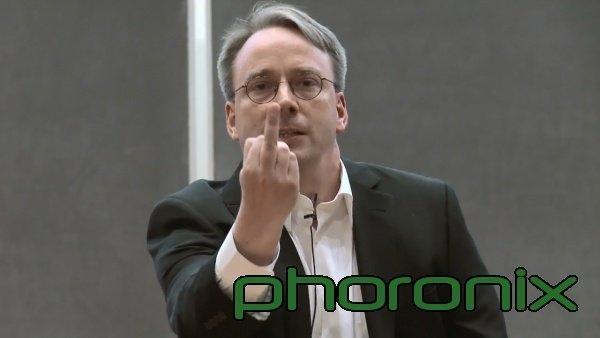 NVIDIA's PR machine has been at work crafting a statement to respond to his comments and finally issued a statement last night. The short version is that they are committed to Linux support using their own proprietary driver that is common among platforms. This allows for same-day Linux support of GPUs.

They also highlight their work with Tegra in the Linux community. Below is the NVIDIA response:

Supporting Linux is important to NVIDIA, and we understand that there are people who are as passionate about Linux as an open source platform as we are passionate about delivering an awesome GPU experience.

Recently, there have been some questions raised about our lack of support for our Optimus notebook technology. When we launched our Optimus notebook technology, it was with support for Windows 7 only. The open source community rallied to work around this with support from the Bumblebee Open Source Project https://bumblebee-project.org/. And as a result, we've recently made Installer and readme changes in our R295 drivers that were designed to make interaction with Bumblebee easier.

While we understand that some people would prefer us to provide detailed documentation on all of our GPU internals, or be more active in Linux kernel community development discussions, we have made a decision to support Linux on our GPUs by leveraging NVIDIA common code, rather than the Linux common infrastructure. While this may not please everyone, it does allow us to provide the most consistent GPU experience to our customers, regardless of platform or operating system.

2) We support a wide variety of GPUs on Linux, including our latest GeForce, Quadro, and Tesla-class GPUs, for both desktop and notebook platforms. Our drivers for these platforms are updated regularly, with seven updates released so far this year for Linux alone. The latest Linux drivers can be downloaded from www.nvidia.com/object/unix.html.

3) We are a very active participant in the ARM Linux kernel. For the latest 3.4 ARM kernel - the next-gen kernel to be used on future Linux, Android, and Chrome distributions - NVIDIA ranks second in terms of total lines changed and fourth in terms of number of changesets for all employers or organizations.

At the end of the day, providing a consistent GPU experience across multiple platforms for all of our customers continues to be one of our key goals.