The title enticed you to read this article, didn't it? No? Well, a promise is a promise, so let's do a top three booth babes countdown. Gree's costumed beauty gets third place. Sorry for the slightly bad picture. 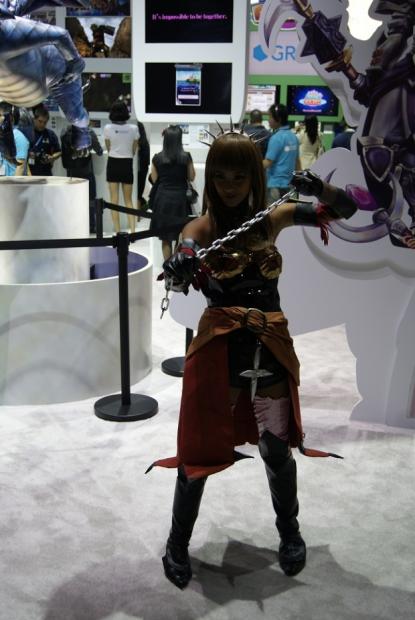 Nyko babe gets second place, simply because of the costume she was in. Not bad looking either. 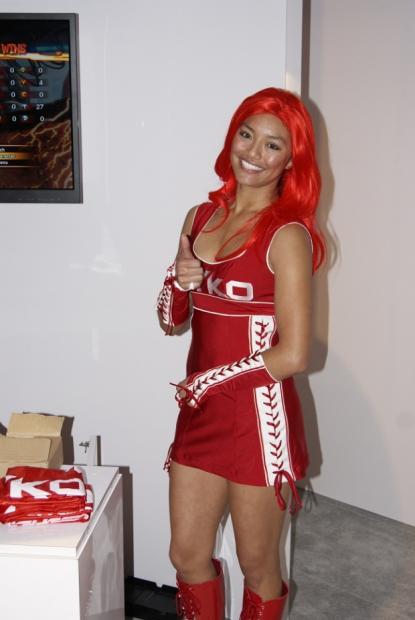 I have to give the gold to Trion's babe as she is the best costumed. 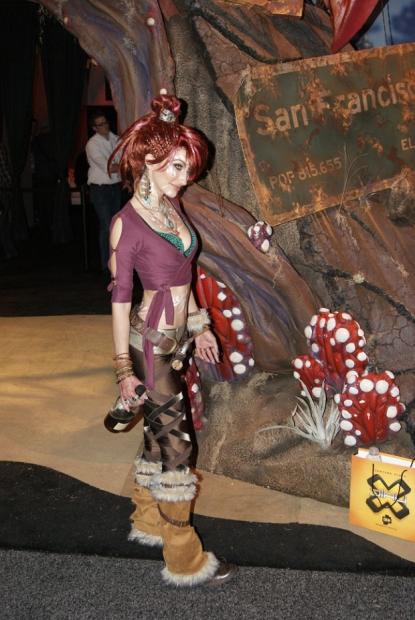 There are a few honorable mentions that I will be putting on Facebook later today. I didn't just check out the babes, though, as this is a gaming show. I got the grand tour of several indie games and was impressed. While these games may not have had the fit and finish of the major game studio games, they featured innovative game play ideas. Often these games were created by one or two people, and sometimes in a short period of time.

Borderlands 2 was on display, but I didn't get a chance to go hands-on. Just like Crysis, they were also not allowing photos or video to be taken of the game. ZombiU appears to be better than expected and not just some over-hyped game that ends up flopping once people get their hands on it.

Nothing interesting has come out of Microsoft or Sony at this E3, but that is often how it is. Next year will be massive, if the rumors are true, when Microsoft and Sony launch their next-gen consoles. For now, they are pushing the PS3 and 360. Kinect seems to be Microsoft's massive push, I would assume as a counter to Nintendo's motion controls.