Computex 2012 - ASUS had a few amount of goodies to show off at their Republic of Gamers event, with the AMD-based MATRIX HD 7970 GPU. In usual ROG and MATRIX fashion, this card kicks some serious ass for those serious benchers and gamers. Sporting some very nice features, it can rule your game, as ASUS put it. 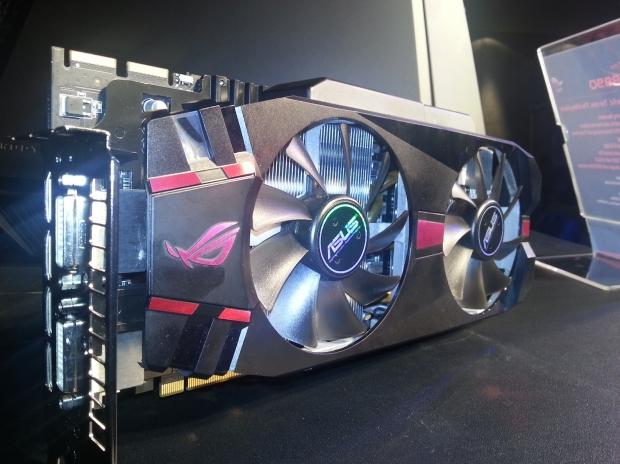 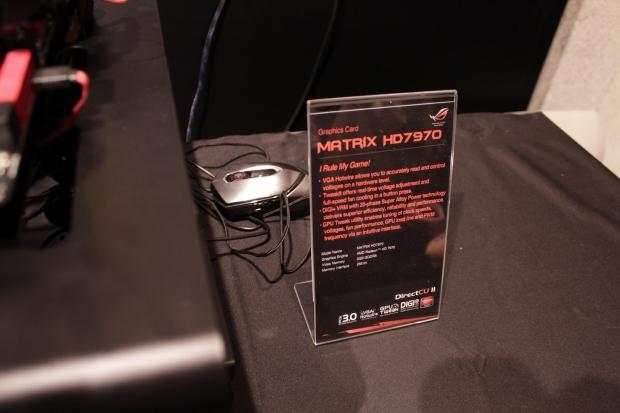 The MATRIX HD 7970 features VGA Hotwire, which lets you accurately read and control voltages all at the hardware level, backed up with TweakIt which offers real-time voltage adjustment and full-speed fan cooling, all at the press of a button. DIGI+ VRM with 20-phase Super Allow Power technology is featured on the MATRIX HD 7970 which delivers 'superior efficiency, reliability and performance'. Lastly, GPU Tweak utility can be used to tune those clock speeds, fan performance, GPU load line, PWN frequency and voltages, all from a swanky UI. 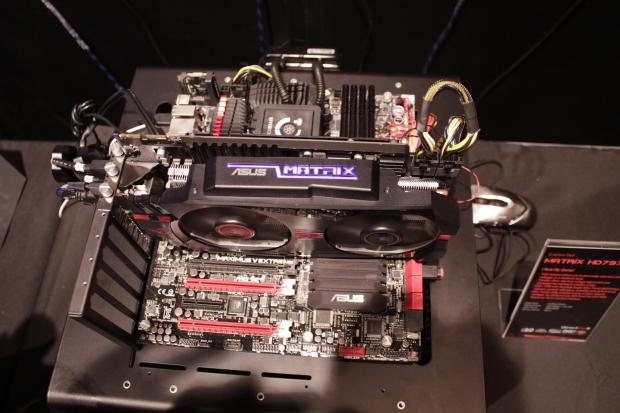 The center of the MATRIX HD 7970 is the GPU itself, AMD's GraphicsCore Next-based Radeon HD 7970, featuring 3GB of RAM on a 256-bit wide bus. Cooling is the usual MATRIX-featured DirectCU II which should keep the card nice and chilled under hardcore conditions. 3 or 4 of these in CFX would be quite the sight to behold. Nice work, ASUS. 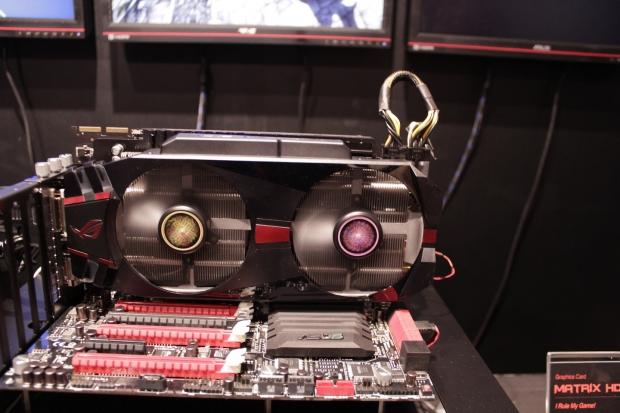 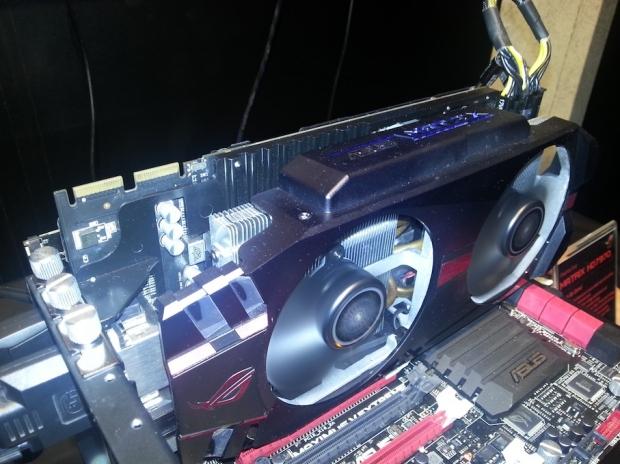