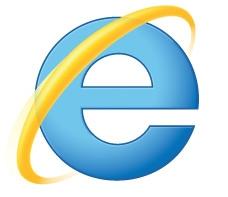 "They're trying to make a new version of their operating system which denies their users choice, competition, and innovation," said Harvey Anderson, Mozilla's general counsel. "Making IE the only browser on that platform is a complete return to the digital dark ages when there was only one browser on the Windows platform."

Let's start with reason number 1 above. How often has Microsoft written software that has security holes or wastes resources? If you're thinking what I am, you're thinking near all of the time. Anderson agrees: "I trust Firefox before I trust IE. That's one of the key reasons Firefox took off."

Reason 2 above is somewhat acceptable, but at the same time is stifling competition. Anderson of course disagrees with this argument as well: "The idea that it's not Windows it doesn't make sense." Microsoft appears to be taking a page out of the iOS book and locking down applications in order to provide a better user experience, but is it better for the customer?