element14, the first collaborative community and electronics store for design engineers has announced it has over 100,000 confirmed orders for their pint-sized Raspberry Pi unit, these numbers are incredible considering they only launched the device in late-February. 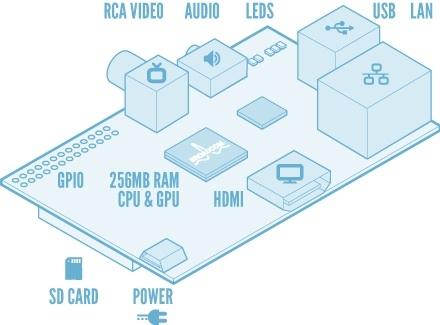 The manufacturing and distribution teams have been worked hard to get customers their device, so for those who have ordered on, or before April 18 can expect to have the Raspberry Pi in their hands by the end of June. Orders placed after April 18 should be completed after July onward. element14 will continuously keep customers updated on individual delivery dates as they happen.

element14 haven't just made a kick-ass little computing device, they've also organized a Raspberry Pi Masterclass this week with Eben Upton, co-founder of the Raspberry Pi Foundation which is for 15 school children in the UK. Eben also hosted a Raspberry Pi tutorial webinar earlier this month to demonstrate just how to quickly program a Raspberry Pi.