AMD's next-generation high-end graphics card has been spotted, with images making their way onto the Internet. The new boards are marked as "Tahiti" and are believed to be the top-of-the-line single-GPU cards from AMD. This should be what the Radeon HD 7900-Series will eventually be. 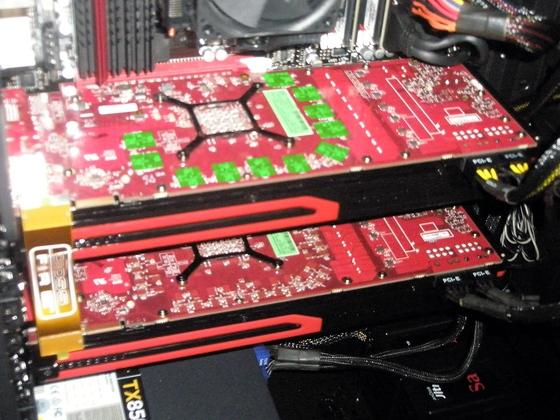 The card, as you can see in the picture above, is quite long, roughly the same length as AMD's current Radeon HD 6970. It sports twelve GDDR5 memory chips, which means they use a 384-bit memory bus. It also includes two 8-pin PCI Express power connectors, which should give it up to 375W of power to suck down. The card, however, is powered by the SIG-approved 6-pin plus 8-pin config, which uses up to 300W of power.

It shouldn't be long until we have more concrete info, but generally, when there are leaks like this, the real things aren't far behind.