Ubisoft is reportedly close to signing off on a deal with Sony PIctures for an Assassin's Creed movie. The rights to the movie were apparently hotly contested by a number of large studios, with Sony getting the winning ticket. 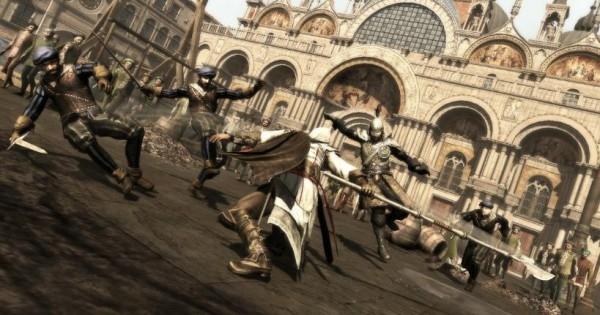 Sony is expected to foot the fill on what is to be expected, quite a large production. An Assassin's Creed movie might actually be alright, the games are phenomenally successful, they're great games themselves, there's a lot that could be done with the AC franchise.

Ubisoft are set to maintain more creative control over the development of its games for other platforms, versus the traditional one-off licensing deals with studios. Something that proved key during the bidding process with Sony.

Ubisoft sees adaptions as a way to turn its games like Assassin's Creed into larger brands that will get the titles in front of more consumers while creating lucrative new revenue sources for themselves.

Game-to-movie adaptions hardly ever work, but if there was a title that at least had chance... its Assassin's Creed.

We'll post more news on the movie as it hits, for now, enjoy the tease of a possible Assassin's Creed movie!