Google's Android OS has taken an amazing 48% of the smartphone market in Q2 of 2011, which is an all-time high according to a report by market research firm Canalys. Android overtook Symbian in Q4 of 2010 to become to top smartphone platform representing 32.9% market share at the time. Smartphone shipments have increased exponentially also, seeing a total of 107.7 million units shipped in Q2 of 2011 which is a 73% year-on-year growth. 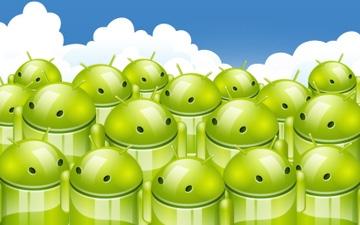 Android was also the biggest driver of smartphone shipments in Q2, with Android-based smartphone shipments being 379% year-over-year higher, coming in at 51.9 million total units shipped. This is thanks to Android being on so many different branded phones such as Samsung, HTC, LG, Motorola, Sony Ericsson, ZTE and Huawei.

Nokia is still however, number one in emerging markets such as Brazil, Russia, India and China.