Reports are out that the new version of Apple's most popular media player on Windows and Mac, iTunes 11, will feature a UI overhaul as well as deeper iCloud integration. The new UI will be cleaner than the current one and the iTunes Store will not just be a contained web browser anymore. It will instead be properly integrated into iTunes. 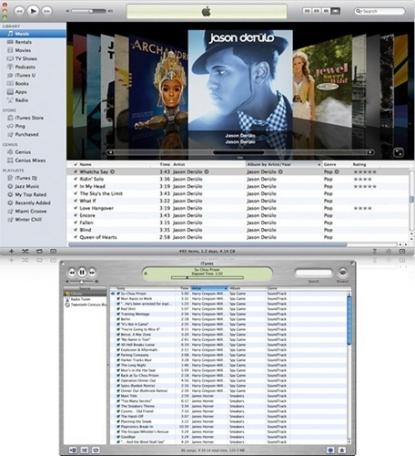 The source of this story, iDownloadBlog says:

It's no secret that iTunes is due for a UI upgrade, and this should come true with the release of iTunes 11. A reliable source of ours has stated that iTunes 11, the next major update to iTunes, will be revamped from the ground up.

The basic layout of the iTunes UI hasn't changed since the first version. This new update will have a completely different UI and better iCloud integration.

From what we're hearing, the UI would be much more cleaner and "slick." iCloud is also going to be more closely integrated with iTunes. Rather than the iTunes Store being essentially a web browser, the Store will actually be integrated into the entire app- much like Spotify is currently.

iCloud integration is said to be so intertwined with iTunes that it is capable syncing your iOS-based device with iCloud, which is connected through iTunes, which means whenever you make a change to your device, it will sync to iCloud and then to iTunes on your computer - nifty!