Mozilla's Firefox development team appear to be working faster than ever lately with a new alpha (Aurora) build 7 now available, less than a month after Firefox 5 Final was released to the masses. They sure are chewing through version numbers of late.

The new 7.0 Aurora (alpha, 7.0a2) build brings what looks to be a decent amount of new features and improvements. with reported optimizations including a faster startup time, faster rendering performance and less memory usage. The new build also has an improved sync manager for syncing up your bookmarks and passwords effortlessly and instantly with your other devices. 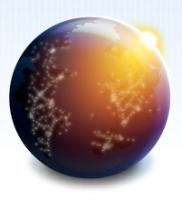 Other benefits include better font rendering When GPu acceleration is enabled and some new web and server tools that allow developers to build performance tests directly into the browser.

Not that some of this stuff is going to be of interest to many, but the promised optimizations in regards to lower memory usage etc. sound like a good step forward.

To test the new Aurora build for PC, Mac OS or Linux, just visit this page.