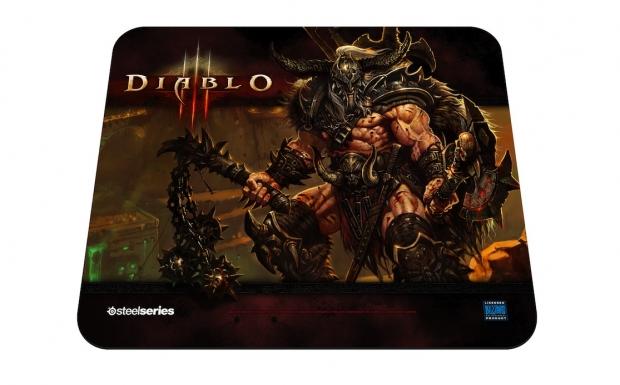 The level of excitement for the Diablo III release is massive. When the opportunity was presented to partner up with Blizzard for a new family of co-branded peripherals, we knew that they had to be engineered for this particular type of gameplay by being both durable and able to bring out the Diablo III theme onto a player's desktop. The mouse offers both simplicity for new players and unprecedented durability that will support the series' distinctive mouse-driven gameplay, while the headset optimizes the high, spine-chilling snarls of otherworldly creatures and the booming lows of a barbarian battle cry. Together, the headset and mouse will help immerse players into the game through their extended comfort, compelling designs and high performance.

The SteelSeries Diablo 3 mouse features a laser sensor capable of up to 5,000 CPI, 7 ergonomically positioned buttons that can sustain a Diablo frenzy amount of 10 million clicks (which is 300-percent more than the average mouse). It is also an ambidextrous shape for all gaming hands. The SteelSeries mouse also features a "demon red" illumination and a Diablo 3 logo. The logo can be customized with ON/OFF illumination and 3 levels of pulsation. Pricing is set at $69.99. 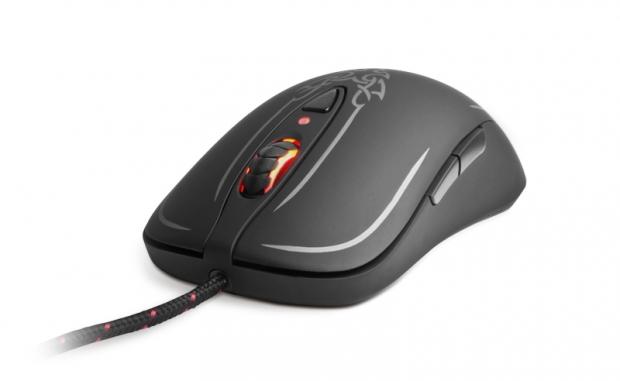 SteelSeries Diablo 3 headset is a lightweight, over-the-head suspension design that provides players with closed-type, leather earcups which immerses the player in the Diablo 3 world by keeping the every day noises away. The earcups comfortably surround the ear and reproduce an optimized soundscape through 50mm driver units that are meant to immerse the player in the Diablo 3 world. 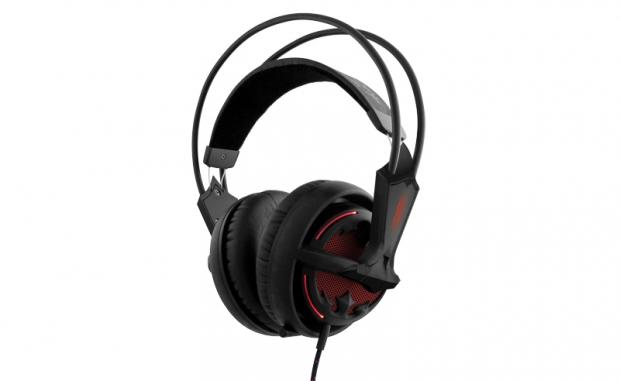 They feature a matte-black finish which replicates the look of the Diablo 3 mouse from SteelSeries. It too offers an illuminated design in "demon red", ON/OFF illumination buttons and 3 levels of pulsation. There are a total of 18 LED lights throughout the headset, the red glow is seen in two places each on the right and left side, surrounding the edge of each ear cup and the three Diablo slashes. The headset features the SteelSeries' signature, uni-directional retractable microphone system for precise voice communication through Battle.net. This headset will have a price of $119.99.

Finally, we have the SteelSeries Diablo 3 Mousepads, you can choose between two high-quality, cloth mousepad designs. Based on the SteelSeries award-winning QcK mousepads, which feaure a non-slip rubber base to keep the mousepad from moving around in an intense battle, they also feature an optimized texture surface featuring Diablo 3 artwork. The SteelSeries Diablo 3 QcK Barbarian Edition includes official artwork of the barbarian class along with the deep reds and earthy tones associated with the barbarian character. 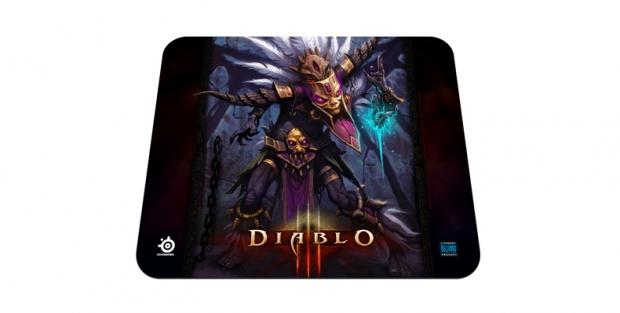 The SteelSeries Diablo 3 QcK Witch Doctor Edition summons the cooler, green and purple tones that are featured on the Witch Doctor character. Each mousepad will have an MSRP of $14.99.